Fan-o-tron is an optical synthesizer built out of fans and light. It creates endless shifting shadows and lights from fans strobing fans, all tuned to different frequencies which interfere and pulse. The light levels are directly converted into sound creating a hypnotic wall of arpeggios and drones.

This is some footage of two 3-fan units at a performance at the Pyramid Club in Wellington in June 2014.

In its early days Fan-o-tron was a chaotic ensemble of freely placed fans and lights, but these days I use prealigned set units which fit in flight cases, like this. 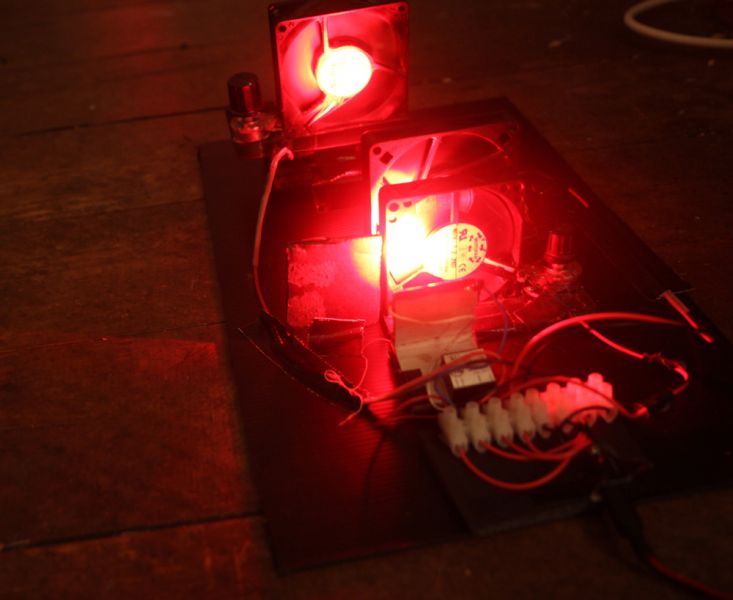 Why haven't I heard about Fan-o-tron before?

Because I suck at telling people about Fan-o-tron. I am also very lazy and haven't done a show in a while, but it is going on tour in Europe later this year, so get in touch if you want me to come and visit!